Silvia Arber is Professor of Neurobiology at the Biozentrum of the University of Basel and Senior Investigator at the Friedrich Miescher Institute for Biomedical Research (FMI) in Basel, Switzerland. Her research is focused on neuronal circuits controlling motor behavior. To understand how motor circuits function, her group uses multi-facetted approaches combining many technologies. These include state-of-the-art mouse genetics, development and implementation of viral technologies for transsynaptic circuit tracing and functional manipulation by opto- and pharmacogenetics, quantitative behavioral analysis, electrophysiology and gene expression profiling of identified neuronal subpopulations. She has shown that premotor interneuron groups differ from each other in their functionality and distribution in the spinal cord and that this property depends on the timing of their generation during development.
Arber studied biology at the Biozentrum and graduated in the laboratory of Pico Caroni at the FMI in 1995. After a postdoc in Thomas Jessell’s laboratory at Columbia University, she established her independent research group at the Biozentrum and the FMI in 2000. She has been awarded numerous prizes, including the National Latsis Prize (2003), the Schellenberg Prize and the Friedrich Miescher Award (2008), the Otto Naegeli Prize (2014), and the Premio Remedios Caro Almela (2015). 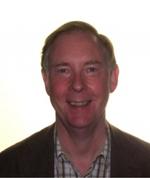 David Brooks MD DSc FRCP(UK) FMed Sci (UK) is Professor of PET Clinical Science at Newcastle University and Professor of Neurology at Aarhus University, Denmark. He was Hartnett Professor of Neurology in the Department of Medicine, Imperial College, London. He is on the Grant Award Board of Alzheimer Research UK, the Biomedical Research Advisory Panel of Alzheimer UK, and was on the SABs of Parkinson’s UK, the German Dementia and Parkinson Kompetenz Networks, and INSERM. He is the Chairman of the NUHS Scientific Advisory Panel, Singapore and was a member of the Scientific Advisory Board of the Michael J. Fox Foundation for Parkinson's Disease Research (2002-2006), UK Medical Research Council Neuroscience and Mental Health Board (2004-2007), Wellcome Trust Neuroscience Panel (2001-2003) and was Chairman of the Scientific Issues Committee of the Movement Disorder Society (1998-2002).

He is an Associate Editor of Brain and is on the Editorial Boards of Annals of Neurology, Journal of Parkinson’s Disease, Synapse, and Basal Ganglia. He was on the Editorial Boards of Movement Disorders 1994-1998 and Parkinsonism and Related Disorders 2012-2016. In 2001 he was elected a Fellow of the Academy of Medical Science, UK. His research involves the use of positron emission tomography and magnetic resonance imaging to diagnose and study the progression of Alzheimer’s and Parkinson’s disease and his work is highly cited with an h index of 105. He has been a recipient of a Danish Alzheimer Foundation Prize, and given the Kuhl-Lassen lecture (Society of Nuclear Medicine), the Stahn Fahn lecture (International Movement Disorder Society) and Cotzias Lecture (Spanish Neurology Society). He is a consultant for GE Healthcare, Biogen, Plexxikon, and GenePod.

Don W. Cleveland has made field leading discoveries into the causes and treatment of human neurodegenerative diseases, especially ALS and Huntington’s diseases. His efforts have pioneered development of gene silencing therapies for both of these disorders. Dr. Cleveland also discovered tau, the protein which misaccumulates in intraneuronal tangles in essentially all instances of Alzheimer’s disease and whose cell-to-cell spread is responsible for the relentless progression of chronic traumatic brain injury found prominently among professional athletes. Dr. Cleveland has been recognized by election to the National Academy of Sciences, the American Academy of Arts and Sciences and the National Academies Institute of Medicine.

Robert Edwards attended Yale College and Johns Hopkins Medical School. After clinical training in neurology, he studied the developmental role of nerve growth factor as a postdoctoral fellow in William Rutter’s laboratory at UCSF. He then joined the faculty at UCLA in the Departments of Neurology and Biological Chemistry, identifying the first vesicular neurotransitter transporters, opiate receptor and SV2 protein. He returned to UCSF in 1995 where he is now Cahill Professor of Neurology and Physiology.

Neurotransmitter release involves a series of intercalated processes that control synaptic transmission, but the mechanisms responsible and their role in information processing remains poorly understood. The Edwards lab has focused on one key aspect of this process that has remained particularly elusive. They identified three entirely distinct families of proteins that transport classical neurotransmitters into synaptic vesicles. Loss of these proteins has a dramatic phenotype in knockout mice, but the biophysical mechanisms that underlie their activity remain unclear due to the limitations of available assays.. This is particularly true for the vesicular glutamate transporters, which undergo complex allosteric regulation and exhibit an associated Cl- conductance. To study these proteins, they have developed the use of electrophysiology, recording both at the plasma membrane from misexpressed transporter as well as on more native endosomes. The goal is to understand how these mechanisms contribute to transmitter release and behavior.

The vesicular transporters also define the vesicles capable of neurotransmitter release. The Edwards lab has thus used them to help establish the physiological significance of neurotransmitter corelease. They continue to explore the cell biological basis for this dual mode of signaling and its implications for physiology and behavior. Since the vesicular monoamine transporter (VMAT) targets relatively specifically to large dense core vesicles that store and release neural peptides, they have also taken advantage of this protein to screen for factors involved in the formation of dense core vesicles. The results are beginning to illuminate the cellular mechanisms that confer regulated release of peptides, with implications for the role of regulated peptide secretion in development, behavior and disease.
Since the original identification of VMAT by selection in the parkinsonian neurotoxin MPP+, the Edwards lab has had a long-standing interest in the pathogenesis of Parkinson’s disease. They now focus on the normal function of alpha-synuclein, a presynaptic protein with a central role in this and related forms of degeneration. Recent work has begun to elucidate the normal function of this protein at the nerve terminal and to suggest its role in degeneration. 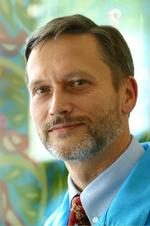 Sergiusz Jóźwiak is the Head of Child Neurology Department, Warsaw Medical University. Till 2015 he was the Head of the Department of Neurology and Epileptology in the Children’s Memorial Health Institute in Warsaw. He served as the National consultant for child neurology and In years 2003-2011 as the president of the Polish Society of Paediatric Neurology.

Professor Jóźwiak received the Manuel Gomez Award, established by the Tuberous Sclerosis Alliance for "creative or pioneering efforts that have appreciably improved either the understanding of the disease or the clinical care available for individuals with tuberous sclerosis". In the years 2006-2009, Prof. Jóźwiak was the recipient of the Polish Academy of Science awards and Ministry of Health. In 2012 he has been nominated to the Gold Lancet Award for Innovation in Medicine. His research focuses mainly on neurocutaneous disorders and epilepsy, with a particular interest in infantile spasms. For more than 20 years, he has directed a special programme for tuberous sclerosis complex (TSC) and participated in the discovery of the TSC1 gene, working out practical guidelines for TSC management. He also conducts clinical research and directs basic studies on TSC pathogenesis. Other interests include pediatric multiple sclerosis, neuromuscular disorders, and metabolic diseases. 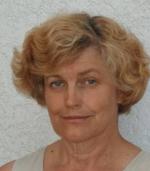 Małgorzata Kossut received PhD in neurophysiology from the Nencki Institute of Experimental Biology, Warsaw, in 1976. She did post-doctoral research at the University of Pennsylvania and University of Oxford. She is Professor of Neuroscience and Head of Laboratory of Neuroplasticity at the Nencki Institute of Experimental Biology. She is also Chair of Faculty of Cognitive Neuroscience at the University of Social Sciences and Humanities in Warsaw. Prof. Kossut was a Howard Hughes Medical Institute foreign scholar and a recipient of the Senior Fulbright Scholarship. She was a member of the Steering Committee of the European Network of Learning and Memory and of the European Brain and Behavior Society, and a member of Communication Committee of the Federation of European Neuroscience Societies. She is a council member of the European DANA Alliance for the Brain and The Polish Brain Council. She is a member of The Polish Academy of Sciences and The Polish Academy of Arts and Sciences. She provided the incentive for creation of the Polish Neuroscience Society.
Her research interests focused at mechanisms of experience-dependent plasticity of the cerebral cortex, especially neurochemical, electrophysiological and anatomical correlates of sensory plasticity and learning. The main subject of her investigation was plasticity of adult cerebral cortex, in animals and humans. Her recent interests include brain plasticity in aging brain, plasticity after stroke, mechanisms of neurorehabilitation and human brain imaging. 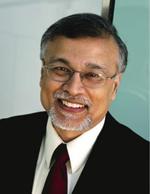 Mriganka Sur is the Paul E. and Lilah Newton Professor of Neuroscience and Director of the Simons Center for the Social Brain at MIT, which he founded after 15 years as head of the MIT Department of Brain and Cognitive Sciences. Dr. Sur studies the organization, development and plasticity of the cerebral cortex of the brain using experimental and theoretical approaches. He has discovered fundamental principles by which networks of the cerebral cortex are wired during development and change dynamically during learning. His laboratory has identified gene networks underlying cortical plasticity, and pioneered high resolution imaging methods to study cells, synapses and circuits of the intact brain. Recently, his group has demonstrated novel mechanisms underlying disorders of brain development, and proposed innovative strategies for treating such disorders.
Dr. Sur received the B. Tech. degree in Electrical Engineering from the Indian Institute of Technology, Kanpur, and the PhD degree in Electrical Engineering from Vanderbilt University, Nashville. He has been recognized with the Sherman Fairchild and Newton Chairs. He is an elected Fellow of the Royal Society of the UK, the National Academy of Medicine, the American Academy of Arts and Sciences, the American Association for the Advancement of Science, the Third World Academy of Sciences, and the Indian National Science Academy.

Schahram Akbarian is Professor of Psychiatry and Neuroscience, and Chief of the Division of Psychiatric Epigenomics at the Icahn School of Medicine at Mount Sinai in New York. He studied medicine at the Freie Universitaet Berlin, Germany and wrote a thesis on the connectome of the primate vestibular cortex.  He trained in psychiatry at the Massachusetts General Hospital in Boston, and in neuroepigenetics at the Whitehead Institute for Biomedical Research in Cambridge, Massachusetts.  His laboratory explores the regulation of the neuronal epigenome in mouse models of psychiatric disease complemented by studies in normal and diseased human brain tissue. He is a recipient of the Klerman award from the Brain & Behavior Research Foundation, the Judith Silver Memorial award of the National Alliance for the Mentally Ill, the Outstanding resident award of the National Institute of Mental Health and the Eva King Killam Award for Outstanding Translational Research of the American College of Neuropsychopharmacology.  He is a member of professional societies such as the American College of Neuropsychopharmacology (ACNP) and presently serves on the Scientific Advisory Board of the Brain & Behavior Research Foundation and the American Foundation for Suicide Prevention, and on the Editorial Boards of various journals in the field, including Biological Psychiatry, Neuropsychopharmacology and Schizophrenia Bulletin.
This website uses cookies to allow the registration of event participants and service related processes. By using this site you agree on use of cookies, according to the current browser settings.
Accept